Being Honest For The First Time and Rambling

So i guess this is me being honest and open about my issues, normally im not so brutally honest but ive been inspired to do so in hopes that i can get advice or i don’t even know. I guess the first place to start is i guess i was always depressed because I used to get bullied when i was little even in middle school. They would bully me because of my weight and what i liked, and it just would never stop which just made me feel worse. I barely had any friends, and it just made me feel so alone. I hated it an it expanded into my teen years because i still barely had friends, and felt like i had no one to turn to about my issues. I also was depressed because my parents were fighting and ignoring their own children’s issues.

But those are things im pretty open and honest about along with my BPD, but i guess there are things i haven’t been honest about. Like my eating disorder? I don’t even know what to call it really i have always had a rough time with food when i was younger i used it as a coping tool because it made me feel better and didn’t not listen to me. Or made me feel ashamed for being upset , or call me cute for a fat girl like my own mother did. And it did help i wasn’t diagnosed with thyroid problems till middle school, so i gained weight like crazy and couldn’t do anything about it. I still can’t it only got worse as i got in high school and wouldn’t eat sometimes till dinner or barely eat. Or i would eat tons of food, then barely eat the next day because i felt fat. And i can work out and eat right all i want , and there isn’t a thing where i might be at the right weight. And recently ive been struggling so much with the disordered eating because i finally lost weight, but im still not the weight i want to be. So some days i barely eat and others i eat alot more than i should.

And on top of that i keep feeling more suicidal on and off, which isn’t fun for someone who has Borderline Personality Disorder because when we feel like that it’s like ripping our own skin off. It’s a struggle to not relapse with cutting because like i said i feel like everything is falling apart and that im not good enough at my job, being a mod, being a good partner. I just don’t know what to do anymore, im so scared to reach out to people because i don’t want to be a bother. Plus im seeing a new therapist which is great but also fucking with me because they don’t know me or get that when im in a low im majorly in a low.

Sorry for all the rambling i just i need advice and don’t know what to do anymore, im on the edge an i can’t be hiding anymore. Cause im sick of hiding behind the fear that people will judge me and hate me or not love me.

I am so thankful that you are in my life and that you had the courage and vulnerability to share this with the world.

Never forget for a second that you are loved. You may doubt that at times but don’t believe those lies inside your head.

I am totally here to listen more as well and to talk through things. Keep pushing forward and things will turn around.

Aleister,
It is beautiful to read such courageous vulnerability. You are loved here, and I have so much respect for you in these difficult times.
And sometimes, that is all there is, a bit of time, to just feel all the feelings. The right therapist won’t judge the levels of your downs, be your own beautiful self, because you are. And what if today confusion is intense, I believe, your soul is searching it’s truth.

I have been places downright scary, scarring and crippling emotionally, I had help and came through it a little, had setbacks, pushed through some and I am still on my journey. Do some people find it intense that I cannot enter a room without two exits? Yeah sure, but what the heck, it’s my life, my rights to my challenges. Same for you my dear. Please keep strong, we are with you.
I wish you healing and support, and you’ll always find Love and acceptance in any feelings right here with us !
Hugs from a far!
-Em

I perfectly understand some of the things you feel. The loneliness, the anxiety, the gender confusion… in that I am the same as you. I… I want to help you. As for me being in a smilar situation, though, I can’t do much. Maybe we can just try to figure it out together, as friends.

I have a song that I listen to when I feel stressed (it is a sad song but it helps me be not anxious anyway.) Wanting 曲婉婷 - 我的歌声里 (You Exist In My Song) [Trad. Chinese] [Official Music Video] - YouTube 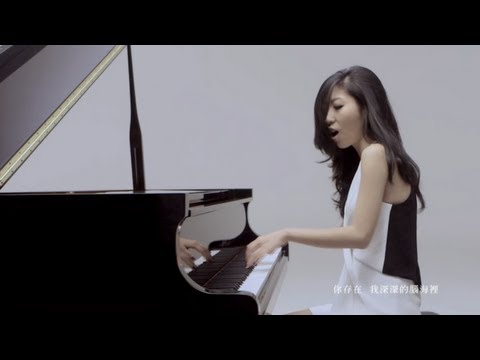 I hope I can help you just a little bit at least. You can PM me if you need to talk about anything.
I’m sorry if I’m being rude or intrusive.