Getting my thoughts out

I decided to put this into Success after writing all of this out. I feel like my words are more of a positive journey, rather than a search for help. You’re more than welcome to give me some support though!

Hey everyone!
I certainly haven’t been active on here in a while, and I feel like I’ve missed out on a bunch of stuff since being away from Twitch for this long. SO here I am! Making a post on the wall!

The biggest thing I want to achieve from this is basically the title: getting my thoughts out. I figure if I can write some of this down it will help me process it a bit more and really be able to look at my own words, and not just listen to my brain (This might be a wall of text, if you want the short version check the end).
With that said, I’ve decided to open up about 2 subjects that I’ve encountered this year: A new job, and fertility in my family.

So for starters, this last April I got a new job. This was a very good thing. For some background, I started college courses back in 2009. I ended up realizing that what I wanted to do with my career was somewhere in the media world, so I started classes in that field. I wasn’t disappointed. Each new class further confirmed my interest in media. I finally found myself going to class excited! This was huge, I scrapped by in high school (I had to do Sophomore year twice because I failed the first time) and ended up with a terrible GPA. So going back to school, and actually enjoying it?! Get out.
So during my final semester, I was lucky enough to get an internship with a company that was just starting to make their debut in the world of reality television. This was an amazing opportunity (at the time). It was there I met some truly wonderful people, and I still keep in touch with them when I can.
However…
I remained with this company for 8 years. I want to say it was around year 4 that I started to really see the true colors of what I was working in. To keep it simple, and to keep names out of it, the environment was toxic. People learned to ‘just deal with it.’ This mentality had finally started to wear me down. And unbeknownst to me, this was the start of a pretty good case of depression.
Now some of you might say “Well if it was so depressing and toxic, Hamsamurai, why in the name of heck did you stay for 4 more years?” Others of you might understand why, and this next part is something I’ve just thought of.
I had grown to believe that my job was comfortable, and that it was ‘the only option.’ I now compare it to a bad relationship. It was what I knew. I could justify that bad things because I could work around it. I knew how to push down the bad things (bottle them up) and convinced myself it was the best thing for me.
Now granted, toward the end of 2017 I did start to look for something else. But I didn’t do it in earnest. It wasn’t until the end of 2018 that I finally reached out, with the urging of a good friend, and seek out a new job. That finally happened this April.
I couldn’t believe how wonderful I felt. I was able to see the real impact of my depression, how it affected my work, my home life, my whole outlook on life. It really was like cutting a toxic relationship out of my life. Was it scary? for me, yes. I had no idea if I could live up to expectations at this new job. If it was going to be a step in the right direction? If I was leaving behind a good opportunity?
All of those questions flew out the door the first week of my new job. People remarked on how my whole personality had changed. And I could see that myself. I finally felt like I was going in the right direction, and my confidence in myself bloomed.

Then about a month ago my wife and I learned that our family might not be able to grow in the ways we have intended. An issue of infertility has basically set us up with a ticking clock, and the chances aren’t great.
The biggest thing in my mind, and the one I’m struggling with the most is the fact that I probably won’t be able to have another biological child. Now, before I get too far, I should mention that my wife and I have a wonderful son (who is biological) and he’s the joy of our lives. So I feel like I can’t complain too much. But it was our hope that we would have another kid, and now the option of a child of our own blood is probably off the table. My wife has been hit the hardest by this news, and I’ve been trying my darndest to be a rock for her through this all. And I think in the midst of doing that I’ve been trying to work through how I should be dealing with it, and can’t.
Luckily I’ve got some good friends (remember the one’s from earlier?) and I received some really nice wisdom:

However your family is meant to grow is the way it’s meant to be. Even if it isn’t what you ‘planned’, it’s still a place where love can, and will happen.

I’ve been trying to keep that in my head as we move foreword in this journey, and that’s how I am starting to see it: a journey. Whatever happens, it will be as it is, and we will grow as people no matter what.
So, if you’ve managed to make it this far, I’d like to thank you for reading. As much as this is mainly for my own form of therapy, I hope it can be helpful for others to see that things aren’t always as you see them, and taking a step in the right direction can be scary, and wonderful. I hope to see you all more in the future!

TL;DR I found a new job and discovered I was depressed, don’t let fear keep you in toxic situations; and my family might not be what we planned, but that’s okay. 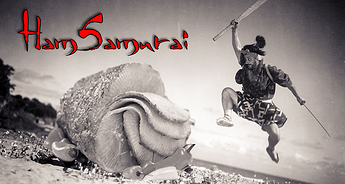 So good to see you man

glad to hear all of this…thank you for sharing – i am so freaking pumped for you that you’ve jettisoned that toxic work environment and are in a place where you feel happier and more alive…what a GIFT!!!

It is a bummer about the infertility issues, but it also sounds like you have a solid base of support and encouragement and perspective shifting that’s happening for you.

I know for my wife and I, we volunteered to become infertile (even though we wanted more kids, have 3 and want 4+) because we wanted to grow our family in a different way, through fostering / adoption…I know that your situation is different because you guys didn’t choose this and didn’t want it, but from what I’ve learned about the fostering/adopting world, it’s something that really needs noble people like you to step into, and it could turn out to be one of the biggest blessings for your family!

I do think that often times when life doesn’t go our way, it allows us the opportunity to open our hands and receive whatever we’re intended to receive…and often it turns out better than what we had planned to get for ourselves.

Hoping this is true for you and your family, and either way, very happy that you’re in a better daily position with work <3

Great to hear from you, hamsam.

hey Nate, thanks so much for the reply! I have been sitting on this news for a while and thinking about posting. I appreciate your input, helps to hear from others.
My wife and I are doing better, it’s definitely been an emotional time, but we’ve been talking it through and that’s been helpful. Especially being able to see other’s experiences.