A little bit about my past self:
I always struggled with depression and the inability to get myself to do things.
I was forced to go into a religious school (boys only) until my father died and at age 15 I moved to a secular school, where I finally learned how to communicate with girls even though it was hard, I wasn’t that popular but also no un-popular because it was a very small school.
My country has a mandatory draft, and after school, the military tried to draft me, which I absolutely didn’t want to do, which spiraled me into a deep depression, couldn’t even get myself to get a psychologist to sign me a letter out of the draft.
Because I dodged the draft, and it is considered a crime, I was sent to military prison for 2 weeks. this happened twice.
The second time was the real hard one, I called my girlfriend at the time from this prison and told her my goodbyes, she got worried of course, and called the right people to get me called in by some officer.
eventually I got released from the draft, after which I started working and playing video games for a few years, not going to university or any place to study, basically being a neet who lived with his mom.
at some point I studied German and even moved to Germany on my own, thinking I finally got away from this depressing life, only to fail to achieve anything there and come back after 1 year.

Fast forward to a few years ago, at some job I met someone who later became my best friend, he moved to Germany at some point and started a family there, he kept me encouraged for a long time to go to the gym, to get a better job and to try and get promoted, and to also move to a better place with him.
I got so far up I managed a small business for the owners, I had some nice progress in the gym…
In January 2020 I decided to give my job a few months notice about me leaving to Germany to get closer to my best friend.
Then, the corona hit and I essentially lost my job, gym got closed, couln’t meet friends for hobbies…
It’s been a depressing spiral since, but with my friend’s help and encouragement, a few months ago, deciding the easiest path to move closer to him and a better life is to start studying in Germany, I had a decent resume at this point and thought that business management would be a good topic to study as I have already done it on a small scale.
I got accepted to every uni I applied to, thinking I had time to choose and wait for more answers from other universities, I haven’t signed up with any.
A couple of days ago I received my first rejection from a university and then found out that my second choice university enrollment deadline has passed.

I already told my best friend and my family that I am leaving in a month, I have an apartment set up for me in Germany, I started renovating my own apartment to rent it out to people.
I ruined my relationship with my family because of me leaving.

I don’t know how to go back from this.
I procrastinated too long with everything and now I have nothing

I wrote this more to vent out my feelings, I dont think there is an out from this situation, only if the world ended tomorrow or I could end my existence.

Hi Mlorpe
Thank you for posting. Your post made me a bit sad because i also experienced my share of bad times connected with corona but i wount bother you with that. Many people had hard times during the corona virus crisis.

I want to encourage you to not give up. You can find some work in Germany until you can try for university again. You have your friend there and he will support you there. I am sure he can help you figure things out. It not all gone. You can still come on top just dont give up.

Good luck to you
-Ashwell

EsRivs responded to your post live on stream with some great words of advice and support! 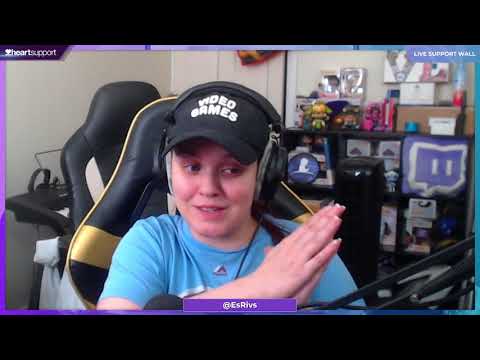