I wish never had a good paying job

I don’t know what to do anymore, I’m intense feelings of self harm is coming back hard. No matter how hard I try, I keep making mistakes and just fucking up. My job was to good to be true. A job with benefits , non stressful, vacation time and everything. It could taken away from me, cause some cunt decide to break my window in my area. I could lose my job, because I try help someone, convince him to lie to cops and just cause I felt bad.

Having dark evil thoughts, there was time where I thought getting hurting people. So bad it would be on the news and they would remember my name. Started having those thoughts after when teacher told that I would never had a girlfriend.

I put trust into people, just they can stab in the back and hurt me. I thinking about ending it. I wish could have the courage to do it.

Have you noticed how sometimes when an athlete fumbles or trips, he’ll go on to make even more mistakes? It’s because of shaken confidence, and self-badmouthing. It happens to me, even though I understand why it’s happening. However, understanding makes it happen less often, and less severely.

The job’s not too good to be true. If it was, you wouldn’t be worrying about the broken window, nor would you have to deal with pain in the ass associates.

Regarding dark thoughts, I’m reminded me of the old Native American who was talking about having two wolves within his spirit. One of them was brave, loyal and virtuous. The other was vicious. He said these two wolves often fight. When asked which one wins, and he said, “the one I feed.”

Thoughts are like that. Thought patterns become habitual. It’s often so predictable that a person can find themselves thinking the same thoughts at the same time each day. Well, there are good habits, and bad habits, good thoughts, and those that aren’t so good.

Which thoughts take precedence and influence your life? Those that you feed. Remember what you were telling yourself when having a good day? Remind yourself about those things when the day is rough. When you make a mistake, don’t berate yourself. Instead, calmly say to yourself, “okay, I don’t need to do that again.” That’s it! No shame. No guilt. Just acknowledge the experience, and think of ways to make it more positive in the future.

Started having those thoughts after when teacher told that I would never had a girlfriend.

I was taken out of school when I was eight. My parents were told I’d never think beyond the level of a seven year old. I ended up back in school, but that’s another story.

When I was 15, the guidance counselor told me I’d never have any friends or relationships, and I’d never succeed at anything. That was the day I quit school. It took me a while to live that down. I understand despair!

As it turned out, the counselor was wrong. Sadly it took quite a few years to figure that out. I have dyslexia and ADHD, but I managed to find ways to work around that. In short, I learned how to learn. Talk to your therapist about the mistakes you’re concerned about. It may be a matter of organizing your routine, or carrying a checklist.

I’m not giving up on you! I see your potential, and what you’ve already accomplished.

BTW, it’s easier to remember things, and the thought process is much more clear when not in a state of anger. Cultivate thought habits that allow you to take a deep breath and release tension. Don’t let others control your thoughts by making you upset. You are your mind’s boss. Boss firmly, but with kindness. Never talk down to yourself. Doing that only makes it harder to rise above difficulties.

I’m sorry you’re going through such a rough time lately.

I wanted to share with you this video about resentment, and hope it could bring some food for thought to you. I believe it brings a honest and interesting perspective about one’s dark thoughts and anger. 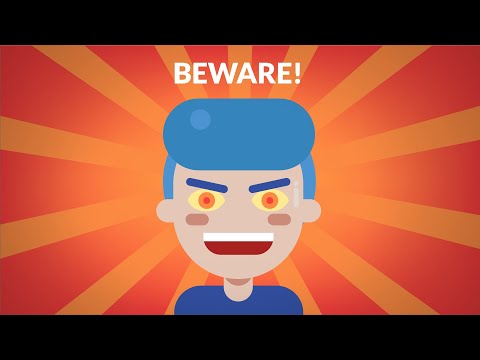 There is hope. There is a place for you in this world. I believe in you.