My wife wants a divorce, I’m in denial, and now wanting to commit suicide...we’re both Christians

My wife left in May. Over text while I was at worth. Just thinking about that day drives me mad. Over the past 3 months I have been FIGHTING my emotions to get something to her, that even though I was neglectful, I still wanted to be the best husband I could be for her. She left me because she felt like she wasn’t needed, nor wanted, and I agreed that I made her feel that way with my addiction to video games with distant friends, and other hobbies that I prioritized over time with her. Through these months I’ve been reading the Bible more, I’ve been to counseling once a week, now with 2 people on separate occasions. My wife has been to counseling twice with me, and in both, she seemed to lock up about most things. We went on multiple dates during this time in my crazy attempt at saving things, but she has grown ever distant. More recently, my family went on a cruise and I went with them but she stayed behind, when I got home, she had gone to Europe with a (lady) friend from work. Once she got home, we went out (last Tuesday) and she informed me that she’s filed for divorce. She believes we are better separated based on how much we’ve both “grown” since she left. I’m absolutely crushed. But I put on a face on that last date and held back tears and bit my tongue and just took it. But this is not what I want and I truly believe that this is repairable, but she doesn’t want that at this point. I should mention, in the process, I’ve talked to most of her family about my attempts and failures at recovering this relationship, and it turned into me being a victim and her being a bad person, and now she has said that the primary reason she won’t come back to the relationship is because I’ve turned her family against her, though, when I ask them, they say they have no issues with her and are talking to her openly. I just don’t want to watch my marriage rot away, but all hope is gone in my world. She really was my world, and I lost touch with what she meant to me until it was a day too late, and now I fear I’ve lost my best friend because of my neglect. Is there any hope in the position I’m in? I have 9 months now to do anything I can to convince her that this is still worth it, but I’m convinced she’s checked out completely, while at the same time, believing (maybe too much) that God can still move her and make her change her mind about her decision. 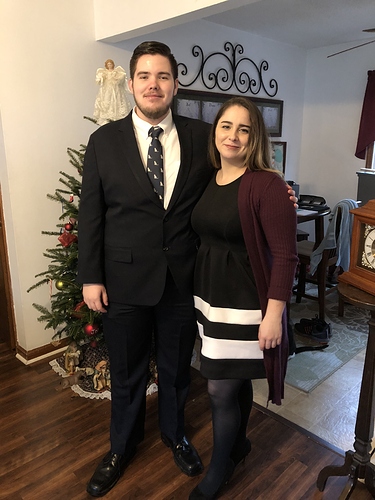 Listen she ain’t the one because if she was she would be by your side. Move on my friend. I’ve been through the same thing. Your all heart broken and she is out having the time of her life and wanting a divorce. That ain’t fair at all. Don’t put in all this work for someone who doesn’t feel the same way. Just let her go. Little do you know the right person is on this earth right now and you don’t even know it. Sorry if this is rough but it’s reality. Get that divorce done and move on. And be happy. Again do you really think she is feeling the same way right now? No she isnt!!! Go be happy my friend. Don’t waste any more time on her it’s point less. If she wanted to work it out she would have already. Time to move on and be happy. I’m here for you if you need me.

Love can be out there and you don’t even know it. You could pass them every day for all you know. Things like this happen in life. You tried your best. I promise things will get better. Same thing happened to me. Now I’m with the love of my life

I’m so sorry to hear that you’re going through a really rough patch right now. My parents divorced in 2012 and it was initially really hard on both of them; my dad insinuated that it was going to be the end of him. But he held on. A couple of years passed, and he ended up falling in love with someone new; someone who complimented him really well. Even after the worst storms, the sun will rise again. Keep holding on; the storm will pass.

All you can do is put in the effort you are doing. If it works out, it works out. If not, you need to not lose yourself in this process. It sounds like you are taking the initiative to better yourself by reaching out and turning to your faith. If nothing else comes out of this, at least you will be growing yourself.
If it is meant to be, it will.
There is nothing wrong with fighting for something, but don’t let this take over your life. Sometimes, moving on is the best thing.

I want to reflect this back to you because I found it to be significant:

She left me because she felt like she wasn’t needed, nor wanted…
Over the past 3 months I have been FIGHTING my emotions…
…she seemed to lock up about most things…
…I put on a face on that last date and held back tears and bit my tongue and just took it…

I really don’t know enough about your relationship, so take this as a poorly founded hypothesis that may or may not be relevant to you: I have found that my own disconnection from my emotions has crippled many of my relationships over time. Do you think you have been avoiding being emotionally vulnerable with her? Really expressing your fears and hurt, crying in front of her? Has she done the same? It takes a lot of wisdom to word things in “I feel” statements instead of “You are/did” (I feel hurt and lonely because I don’t see you as much as I crave VS You are an jerk and never make time for me). When I can really tap into my hurt and fears and express those instead of expressing things about the other person, I’ve found that my relationships improve dramatically.

There’s a woman who specializes in intimacy and made the following triangle for successful intimate relationships: 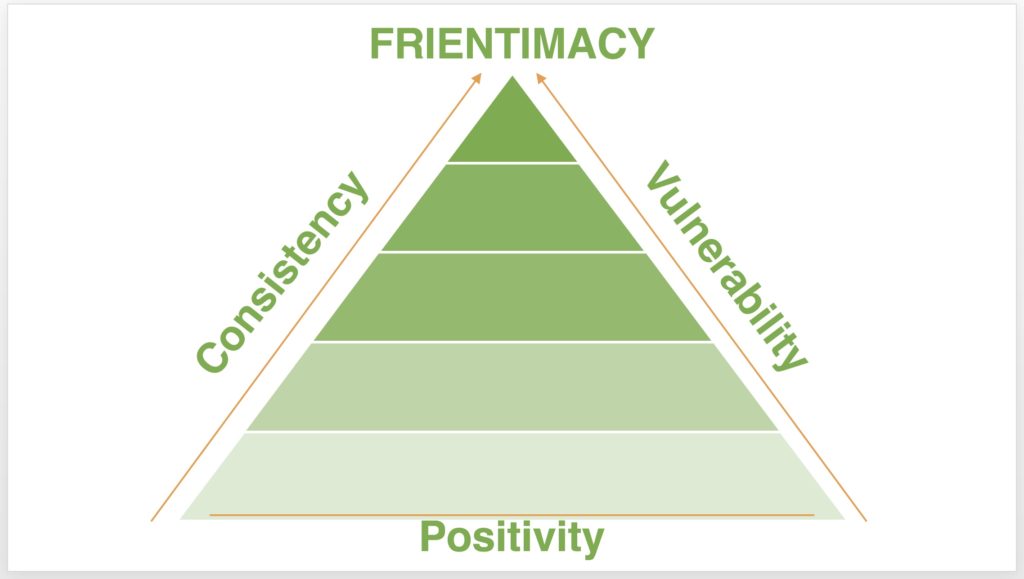 I know it says “frientimacy”, but it’s the same thing for intimacy in general. We can talk & hang (consistency) and have loads of fun and laughter (positivity), but unless we’re getting emotionally vulnerable, our intimacy will flounder. Does this resonate at all?

I know how you feel, my ex fiancee left me three years ago because of other people we were best friends and inseparable when she left it messed me up for a very long time to the point that I lost everything my life , my mind, my health, I had a panic attack a week and a half ago I thought I was going to die. Its not worth getting upset you suffer and others go around their lives. I will be praying you during this difficult time. Feel free to message me if you need to talk.