Probably more of a vent that anything else

I look at the categories for posts and I feel all of them, all the time.

I recently got my foot tattooed and I’m usually up for a while afterwards which definitely is a positive… but only three days after, I’m pretty low again. Lonely, lost, sad, depressed, anxious.

I miss my ex, I feel so alone all the time and I hate it. Only physical contact helps me feel better, helps me feel loved and cared about, and I do not mean sex or anything sexual (although good lord it would help too) I just want someone to hug me, to sleep next to me, just to be there for a bit.

I’ve been single for five years and not gotten what I needed from a relationship for ten years and it hurts. It hurts seeing my friends, strangers and so many others, even on a surface visual level that they have something I’m so longing for, so bloody god damn much.

My ex was the second person ever that when I saw them, made my heart skip a beat and was smitten straight away. She is and represents so much of what I want from a partner. I just want to be cared for, to be loved, to have someone want to be close to me, like I want to be close to someone.

And this is Nima 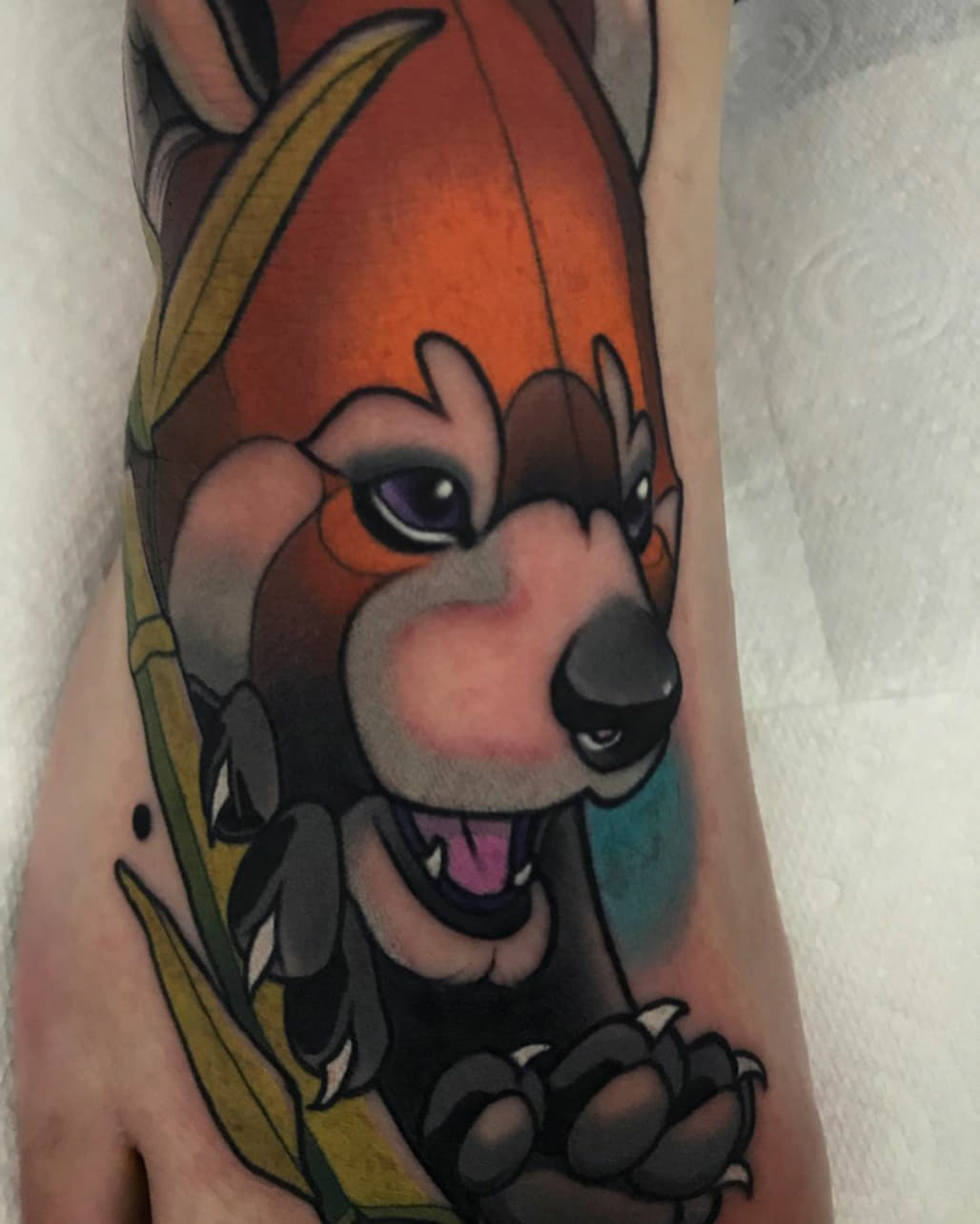 and now she isn’t gonna come to the Slipknot gig I bought us tickets for because we haven’t spoken (we have) and she’s going to another town to see them… Even though last time I saw her in person, that the ticket was for her.

I’m not a bad person, I try really hard to support people and be there, especially when it comes to mental health stuff, why can’t I catch a break.

I just want a hug, I need some physical contact and I don’t mean sex, just a hug from someone that shows me they care.

Hello, there. We talked about your post on our twitch stream tonight. I wish you the best of luck, my friend. Take care.

I’m still very down and lost. The one good thing in the last six months (side note, was made redundant while I was signed off of work from a doctor because of mental exhaustion and was the first job that lasted me longer than a year and a half since 2008, paid decent, was close to home and I liked, my Dad had a heart attack before Christmas, my rent is going up / we have to find a new housemate) and then “K” broke it off with me in the middle of it all.

It’s really hard for me because I need that contact with people and with being on the fetish scene, “K” was the first person to match with me on so many different levels and it’s so horrendously hard to let go of, because there hasn’t been anyone in the seven years I’ve been on the scene that has done what she done for me and reached me like others haven’t.

I really think that people on here can relate that music is such a hard thing to match on sometimes and to find that, match kink wise and then she lives a 5 min car ride away too, everything was super in my favour for once. At one point I had three partners but all lived either the other side of London (two hours journeys for both) or two hours by rail train, so when I met “K”, I wanted it to work more than anything else ever because so much lined up.

I literally can’t watch anything on TV, Netflix or whatever with any kind of relationship stuff in it because it just upsets me. I tried to watch the third series of Big Mouth that was released here back in October time and I didn’t realise, but because it’s all about sexuality and relationships, I had to turn it off because it made me sad. I frigging comedy cartoon made me so sad I needed to turn it off? Nowadays, anything can set me off and I cry at anything emotional, like honestly anything and although I’ve never been afraid of emotions, it’s absolutely exhausting to constantly have to stop myself from crying or run away so people don’t see.

The doctor, his senior, my therapist and a clinical psychologist believe I have Borderline Personality Disorder, which can be also called Emotionally Unstable Personality Disorder and although I am still waiting to hear back from them for a start date with a psychiatrist, I’m stuck here floundering and barely keeping my head above water.

Oh, and “K” asked my friend Emily out on a date, which not only hurt that “K” chose someone else over me, she even wanted my friend over me too. I’m never anyone’s first choice, no one wants me like I want them and it just feels I am destined to be alone, in my own head and physically

Some days I wish I were able to get passed my fear of dying and just check out, but my fear holds me here plus I couldn’t live with the guilt of what it would do to my family… Doesn’t mean I wake most mornings with disappointment that I did get through the night.

Life sucks pretty much now and the only good thing I can see and believe is I have a job.

I just wish someone would message me, tell me they want me

As human beings, it’s natural for anyone to want companionship. To be loved and cared for and to have someone to share affection with. It’s true, it’s very hard to watch other people have the things that you dream for.

I felt that way in my broke marriage where I felt more alone in that relationship than single. I dealt with jealous feelings of those who had close relationships. And I have battled with those same feelings when seeing other people have family relationships. As I have no association with my family. And it’s an incredibly lonely feeling.

It’s natural to feel that way and completely understandable. I’m sorry that people have hurt you my friend. I know that I can’t say a lot to resolve those feelings and I’m sure you’ve heard it before that relationships and love take time. It often comes from places and times we least expect it.

In the mean time, it’s good to fill our time with the things that we love and make us happy. Are there places you can put yourself out there to help meet people? Local groups? I know doing that can be hard too. But it helps.

I know I can’t fix these struggles, but know that you have a friend. I’m always in the heart support discord.

Well, I found out today she’s not coming to the gig and doesn’t particularly want to see me again as too much has happened and she’s now in a relationship with the guy she chose over me.

I started a new job recently and I had to leave early because I was so distraught. I’m really really hurting but ultimately not surprised.

It’s probably better I don’t have contact with her anymore at all, because I don’t think I’d ever be able to get over her if I did.

I just wish I could be allowed to find someone who would want me for me, enjoy the music I do, the kinks I do and not have to travel the length of the UK or further to just be in a happy and loving relationship.

I’m sorry to hear that my friend. I know right now it’s really hard to process. It’s never easy when it feels like we are being chosen over and like we aren’t good enough.

But just know that you ARE good enough. You ARE enough. Love and relationships take time and don’t always come when we expect or want them to.

One day at a time.
Much love

Thank you for such kind words. I’m trying, I really am.

I’m going to cut all contact and for now, I will avoid her as much as humanly possible. I know it’s not healthy or right but I have to think of her negatively (ie how she hasn’t exactly been the best or said nice things sometimes) and focus on the bad things about her and hopefully make myself angry about everything so I can hopefully pass how much I miss and still want her.

Ugh, this is the worst. Back to the drawing board, always second best

Sometimes, even if you aren’t thinking negatively, it’s better to cut ties with some people. Sometimes it’s just good and healthy to let go and let things remain in the past. Especially if the person isn’t really adding to or improving your life.

I know you cared, but there will be times in our life where we run into people that just aren’t willing to put in the same energy as we want to give them.

I can relate to the feeling of “always second best” as it was something I grew up being. Not just romantically but within friendships and family. I always felt disposable and replaceable. It’s a shitty feeling. So I hear you.

However. As much as several people may make us feel that way, there will be someone who we are their number one. The rest don’t matter. We will grow stronger and be better from those behind us. And that will make us stronger and better for what’s in front of us.

I appreciate you and what you’ve said so so much.

Thank you! I’ve really needed this.

Of course friend. My DM are always open. Here or on discord.