Talking to people/friends gives me the worst anxiety(?)

This is something I’ve been monitoring for a while now.

Yesterday I talked to a lecturer about the feedback she gave me to help with my upcoming assignment. The whole time before speaking with her I felt nervous and shaky. It doesn’t make sense to me because I’ve had her last year and she isn’t a bad lecturer at all. The chat we had was fine and extremely helpful. I was in her class after the chat and it was more relaxed. I even contributed to discussions.

Today in a different class I felt the same way when asking a question. My heart beats so fast and I’m afraid my voice shakes. I don’t know why. The lecturer for this class is great and I don’t think anyone will make fun of me.

Now I’m messaging a semi-new friend about something I’m going through. I guess this interaction made my blood feel cold and made me extremely nervous because I’m scared he’ll think I’m stupid, or he’ll shun me, or I write too many messages. The interaction so far is going well as I type this but god im just getting this feeling a lot when im talking to people. I think I’m scared I’ll lose this friend, because he is nice and understanding and I don’t want to push that. I’ve had friends before who have been lovely at first but had less and less patience with me. I feel like I do not have the mental and emotional capacity to form new relationships only for them to break. I’m starting to regret opening up to this person, even though he seems like his replies are genuine. I suppose it’s normal to feel nervous about the start of friendships, and testing the waters to see what I can talk to them about. I just think this person is neat and I’ll feel like a failure again if I can’t even have friendships with people who aren’t toxic.

On the other hand, I’m extremely comfortable in having conversations with my best friend. I haven’t talked to him in a while because of different time zones and we’re both busy. He’s been going through a lot and I really want to support him but it’s complicated rn. And I think this relationship with this friend is healthy because it’s the kind where we can stop talking to each other for a while, and catch up without feeling insecure.

My relationships with my irl friends are also doing well I’d say. One of my good friends is asking to hang out, and we both understand that after this busy period we’d make time. Another is being supportive of my uni article and my art.

It’s the same sort of anxiety feeling I’d get when I used to work. I tell myself there really isn’t a threat… but my mind wants to think maybe there is, and it begins raise defences. I try to rationalize, saying I know how to defend myself, I know that these people aren’t going to hurt me, I am being polite and respectful… I don’t understand.

I feel a bit better now but there’s still an underlying feeling. I’ll keep working on my assignment and hope it goes away.

Dealing with interacting with people can be difficult and downright terrifying at times. We all understand what it’s like to be in an awkward social situation. But interacting with other people and being social can also be rewarding. I would argue that you should try to put yourself out there. You just might be pleasantly surprised. You never know who you’re going to meet. You could meet your future partner or future best friend.

When that feeling comes on, if you can remember, try and focus on your breathing. Slow your breathing down, relax. You are in control. You can do this! I know sometimes that feeling can be so overwhelming it’s hard to focus on anything else… but you are powerful! You can do anything you put your mind to! I hope the healing light flows through you with the confidence you need to shine bright! Much love and light to you my friend!

Hi Friend, I’m sorry that you experience this anxiety, it sounds like it’s very hard to deal with. Have you looked up any videos about social anxiety on you tube? I’ll share this video from Kati Morton a very respected therapist. I hope that you can get something out of it and I hope you find peace. ~Mystrose 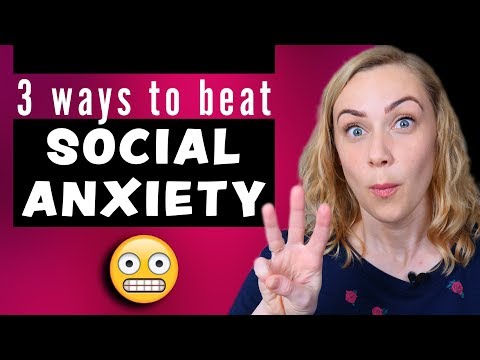 Thank you for sharing this here. As an Autistic person, I can relate to this a lot. Every social situation makes me panic and shake, even with people that I know and like. Situations where you don’t have full control can be frightening. However, you say that you haven’t always experienced life this way and I wonder if you noticed when things started to change. Do you think it might be related to the friendships that went sour? Maybe they’ve given you a fear of social activities because of the repercussions they can have. It can be hard to re-learn not to find entering social situations frightening, but I think you are doing all the right things; starting low-stress new friendships and seeing older friends when you have the space for them.

It may be worth looking into if your uni offers any talking therapy, as perhaps your experiences with toxic friendships have left a bigger impact on you then you realise. Your feelings now may be your head telling you that you need to take some time to process these experiences. Life can leave its impressions on us in many varied and unexpected ways.

I hope life gets easier for you my friend. You are not alone x

Hey Friend, thank you so much for your post, I can relate to these feelings that you are having, social anxiety is horrid, I have myslelf dealt with it since i was a teenager and that was a long time ago and although there are circumstances that it gets easier it still is difficult but I do believe there is specific therapies now for helping. I am so pleased that you are recognising these changes that are happening to you, that goes a big way to dealing with them, I would really encourage you to make notes similar to what you have written here, when these things happen, how you feel etc so that if you do decide to go and see someone about getting help and they ask you, you have the answers to hand. There is help available for social anxiety, it doesnt have to ruin any social life or relationships you have, you just have to learn how to handle it rather than let it handle you and I truly belive that you are a strong and wonderful person that can get to grips with this things and put it in its place. I had a look at your art by the way, its beautiful. I wish you lots of love and luck. Lisa x

EsRivs responded to your post on our live stream with some wonderful words of support!

Here is a link to the video of her reply that you can watch anytime you need it! 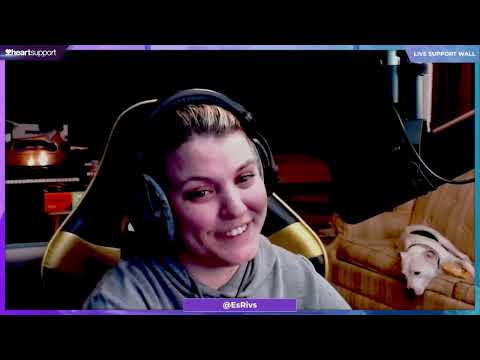