Why am I so easy to fool?

I always let people who have hurt me and have had a negative impact on me back into my life. I give them chance after chance and I forgive them without even asking for an apology. I know for a fact that I deserve an apology from them. they’ve done nothing but make me look down on myself, made me cry myself to sleep, and made me feel like I’m crap.
But the moment they welcome themselves back into my life, all of the awful things they’ve done go to the back of my head and I basically encourage them to come back into my life. I don’t know why I’m so easy to fool and so easy to manipulate. I know I do this to myself. I know I could do something as simple as block them and move on with my life, but it’s not that simple for me. I hate turning people away. I hate letting go of people, no matter what they’ve done to me, because I hate the feeling of being let go by people close to me and I don’t want anyone else to deal with that.
It’s not simple for me, because I feel guilty. I feel guilty for not giving them permission to be in my life, I feel guilty for just leaving. Whenever I let someone out of my life, I think to myself, “what if they’re going through a hard time and they just need someone there for them, and I’m that friend?” and “maybe I’m overreacting and what they did wasn’t that bad and I shouldn’t be such a bad person and kick them out without even an explanation”.
It never ends. I can’t get it through my head that what they did to me was wrong and the role that they played in my life was being manipulative, uncaring, and selfish.
A person just yesterday who had hurt me really badly contacted me and did in fact say sorry for being a jerk and I forgave them. But then, I told them that what they did wasn’t that bad and I didn’t want them to beat themselves up over it and it wasn’t a big deal. Why did I do that? It WAS a big deal. It WAS bad. It affected me REALLY BADLY. I don’t know if this happens because I just hate confrontation or I hate talking about the past and just don’t want the person who treated me like crap to know that they really hurt me?
There’s another person who is an absolutely toxic, awful, manipulative person who is in my life who no matter what I do to get them out, they end up back in my life and I go back to square on with them, feeling like crap about myself, feeling like everything that comes out of my mouth is stupid, and just makes me feel awful. I let them out of my life last year and I was doing really well for a while and didn’t miss them but then they started showing up in my dreams and I started to regret kicking them out and then decided I overreacted and let them back into my life.
I don’t know what’s wrong with me. I don’t know why I do this and I don’t know how to stop it. I wish I knew how to do good things for myself without regretting it.

I love you friend. Nothing is wrong with you. We love you as you are. We all can grow; right now can be your time for growth.

I love you. I believe in you. I’m proud of you.

I can tell you are a very genuine, kind and caring person and because of that you want others to feel loved and respected. There is nothing wrong with that. However, just because you forgive someone, doesn’t mean you need to keep them in your life. I think forgiveness is a crucial part of being able to heal. That being said, I would encourage you to set boundaries so that you can start to see that it is ok to respect yourself enough to keep toxic people out of your life. I know it is hard to cut ties with people because of the guilt and worry that comes with it, but it truly is the best to protect your heart and recognize when relationships in your life are not healthy. I know this is easier said than done, but one step at a time will help make things more manageable and you will be able to see that it is ok to let go of toxic people.

I feel this on such a deep level. I continually give people chances because I don’t want them to feel like I don’t care about them or that they have to go through things alone, and I put more value in their emotions than mine. I prioritize what might be hurting them because I tell myself that I can handle my own issues and that maybe they can’t, even though I realize that I continually put myself in hurtful situations.

You don’t need to do this!! It is beyond ok to cut toxic people out of your life. You do not owe people anything and if they do something that would cause you to leave their life, that is on them, not you. There are so many worthwhile relationships out there for you to pursue instead. Some people are toxic because they enjoy treating people badly or they don’t care enough about others to navigate their emotions, and you do not deserve that kind of treatment. You are loved. You are amazing. You are valued. People that don’t treat you that way don’t deserve to be in your life. And it does NOT make you a bad person for putting yourself first. 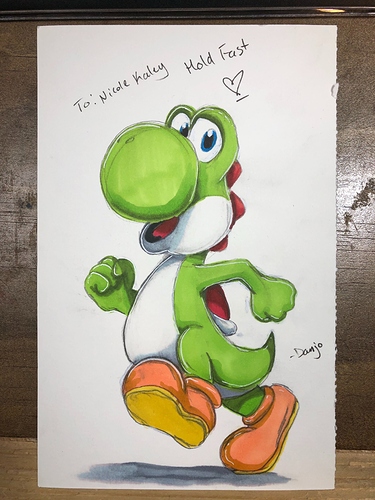