Looking back, I’ve been doing EMDR for four months now. From what I am aware of, the start/average is 8-12 sessions for it to be effective (which we have now surpassed, since I started seeing Alyce weekly) and it has definitely helped.

But before it got better, it got worse. I’m not sure how much or what I said, but a door opened. I was told your brain doesn’t unseal those memories unless you can handle it. So I did my best to put that attitude on.
I’m not sure if who is reading this plays D&D/TTRPGs or likes fantasy, but I imagined “the opening” like a firm door that wouldn’t budge slowly releasing its tight lock, opening enough to peer in. It was keeping what was in there in, locked away. Wind and dust errupted from the room, bringing up terrible memories that I had since altered or done my best to forget. (Even now, a month or so later it unsettles me). I put on my brave face and decided to fight what was in the room instead of closing it more securely.

My mom, who is now graduated with her NP license in psychiatry & mental health, thinks she knows everything about everything. But at the same time she questions her knowledge? it is very confusing. If you know the song “Mother Knows Best” from Tangled, then you’re on the right track, because she acts like she knows what’s best. and, honestly, she doesn’t. Completely ignoring the fact that she couldn’t be my NP because she is my mom, I literally had what my psychiatrist called a “textbook case” of PTSD. Yet my mom wants to deny me having trauma, because heaven forbid my father did anything to me.

A month and a half or so ago when the memories released, things related to potential child sexual abuse came up. It was around my midterms and I ended up giving myself what is called “Post Concussion Syndrome” which, to my understanding, is whiplash brain damage but not quite a concussion. Because of this, my mom all but forced me to tell her what was wrong.
She was a concerned mom, I understand. But she is terrible, and I mean TERRIBLE, when it comes to boundaries. So I vaguely said I think my dad did very bad things to me, more or less.
Her response? “he couldn’t have done anything he was never alone with you long enough.” its wrong on so many levels. So many.

anyways, my mom today asked how therapy was going and if I was still doing EMDR. So I said it is going well, and that yes, I am. And she was surprised. And I said jokingly, “you didn’t think I had that much trauma, did you?” and she all but verbally agreed. She then tried to tell me that the goal of EMDR was to not have me on (PTSD) medication so that I would be fine (aka “normal”) because taking medication long term isn’t good for your body. (Which is a stupid statement, considering if I wasn’t on my other medicine, I would be dead by now because I’m certain I would have had a severe psychotic break… and she knows that I have to be on my medicine because we have, in the past, mentioned when I have kids that I would probably have to stay on this medication so that I wouldn’t hurt myself???)
And I told her no, the goal of EMDR is to “lessen the emotional response to my triggers,” which is how my therapist described it and is the actual purpose of the therapy. My therapist is licensed/certified to do EMDR. my mother is not.
and it just really pissed me off! (especially because the past week or two we kept running out of my ptsd medication and I missed a night, and I literally could not sleep. i would fall asleep for about 1 sleep cycle (1.5 hours) and then be awake for like, 2 hours. it was bad. dw i have my medicine now).

We were in the car for this conversation, so I couldnt leave. and i told her very directly she needed to stop because

and she didn’t like it and had to say the “it’s not good to be on medication” thing anyways. the thing she doesn’t get though, is that before I was taking my medicine (and working through my trauma with my therapist!) I would be so afraid to fall asleep at night that I would lay there awake for hours on end. I tried getting a night light, because i hoped the light would help. It… does and doesn’t (it changes colors so I have a thing where if I have a nightmare I change the color… or if i want a different color i will change it too).
Sleep deprivation can kill people. and i was doing that to myself out of fear. reliving trauma is not fun.
The only reason i do emdr with my therapist is because we have a good relationship and she will respect my boundaries and we can stop at any time. and, she, you know, is actually good at helping people with autism. 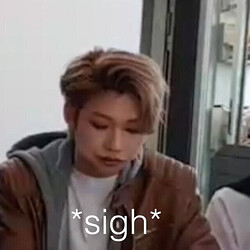 I need to set boundaries better with my mom, but she continually disregards them. My sister even agrees. At this point, i may just be like “Hey mom you’re a fucking idiot when it comes to boundaries. I love you, but it has to stop. Do I need to write a list of what not to talk about and do and put it on the fridge for you to read? Or what will make you respect my boundaries?”

thank you for sharing this post about the progress you’ve made in your journey with everything life has thrown your way. reading your struggles and even the way you articulated everything in such an amazing way is admirable. you are incredibly strong to have gone through the things you have and to be able to recognize when people like your mom invalidates your trauma. i totally agree with you and your sister that boundaries are the best options to keep reinforcing with your mom though!

i look forward to hearing about more of your progress in the near future and if you needed to hear it today, please know that you are so loved, so valued, and so appreciated for sharing your story and sharing this world with someone like me.