I just don’t treat my mum and dad very well I would be moody and sit in my room and I don’t want to go out and we would have arguments when my mum and dad want me to go out for a walk and I don’t want to or clean my room and I’m aware it sounds like I’m being selfish I just don’t know why I nearly don’t have the energy todo any of this and I get very down and my mum would ask me what’s wrong and I would get annoyed because I hate talking about my feelings and I just sit and cry in my room, I fell like something bad is going to happen to my mum and dad for no reason and I just have a feeling of doom over me most of the time. I feel like I’m falling in a deep hole and can’t get out. I just hate everything about myself.

I know that talking about how you are feeling can be really hard, but maybe it could worth trying to sit your parents down and share with them that you are having a hard time. Do you think it would be worth asking if they could help you set up some counseling? That way you have a safe place you can talk to about your feelings that isn’t your parents? Sometimes we need a place we can go to that feels safe from judgement and outside our family. A place we can confide in without worry. I know its scary to ask parents about these kinds of things, but in the long run you may find this to be a really good thing for you. They can help you with the things you are feeling that way you don’t end up arguing with your parents.

Sending you so much love. I know things are hard right now, especially with quarantine.

Stay strong. You matter. How you feel matters. What you are going through matters. You deserve to be heard.

I was literally just talking about something similar to this, but it wasn’t about my behavior towards parents. It was about how I treated people I love like my family. When I first met them, I was in an abusive home, and so I wouldn’t ever talk about how I felt either. So, when they tried to help me, my response was to just scream abuse at them, and then make them feel guilty when they threatened to step away… Because I wanted them to help, but I didn’t know how to handle it.
I kept going through phases where I promised those people I would stop, and I would listen to them… It would last a couple of weeks max before I went back to shouting again. It felt impossible for me to stop even though I felt bad and KNEW it wasn’t fair. I don’t remember how I got out of the cycle though… I think it was a mix of different things. Realizing that no matter how hard I try, they’re not gunna walk away… Them really coming down on me with the boundaries of… Well, if you’re not going to listen to me, or do what I’m saying after YOU CAME to me for help, then I’ll talk to you when you are ready to listen… and learning that those things were from love, not to hurt me. Also learning that, I was hurting myself more than i was hurting them. I mean,yea… when you treat someone this way it does hurt them, but at the same time… It’s hurting you more because not only are you feeling bad about your actions, but you’re feeling guilty for the hurt you’re putting on them.
How can they help me if I’m hurting BOTH of us.

It’s been more than a year since I was in a position that I was acting that way. I’m not saying that I don’t now… I still get points where they’ll try to help me, and I argue… but, even with it being that long ago, I still get times where I feel so guilty about it. I mean like I said. I was just today talking about how I felt horrendous for the way I treated them in the past.

It’s small steps. There are many ways to communicate if you can’t talk. Send a text, make a video, write a letter. Show her this support wall post. Music works too. There was a point where I just sent someone the song “Anyone - Demi Lovato” which is about not feeling heard, and wishing there was someone who would listen. and literally, i said nothing, just linked it. And they picked up on the fact i was trying to tell them how i felt.

You can get past this. It’s just going to take a lot of work friend.

Hey @Rboyd1234 we discussed your topic on the HeartSupport Twitch stream. Here’s the live video response!

Hey! That’s so great! I am so glad that you were able to do that! That is a sign of strength and courage, my friend! Very glad to hear that your parents are helping you set something up. Know that we are always here if you need it.

Much love to you.

Here is our discord if you would like to join us: 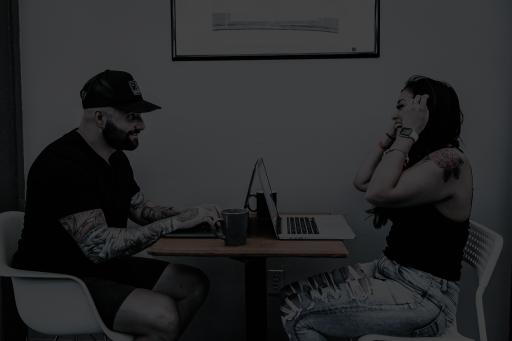 Check out the HeartSupport community on Discord - hang out with 1,523 other members and enjoy free voice and text chat.

Please update us on how things go with you and your parents. It would be incredible to keep up! <3