How to deal with a friend moving on?

So I had a friend that I met through Twitch and we used hang out in stream chats together (either my channel when I stream or friend’s stream we would be watching at the same time). We ended up exchanging numbers and would text throughout the day, nearly constantly for about 4 months. We were on a ‘real name’ basis with each other and confided some big stuff to each other.

She has always been popular on a bunch of peoples streams and helps mod for loads of them. Slowly, she would be very infrequent on my streams to the point where she stopped coming by all together. As she was slowing down in the streams, the texting grew farther apart until that stopped too. Now when we see each other in other streamer’s chat, we exchange pleasantries but that’s it.

I want to reach out on the one hand, but on the other I don’t because I don’t want her to start hanging out on my stream again out of pity. I honestly feel like that would be worse. As much as it hurts, I’ve accepted that she has lots of people wanting her attention and to hang out with her and she had to make the cut somewhere. As I said it hurts and I try not to take it personally, but how do I deal with this feeling of being forgotten?

Thank you all so much! God bless \m/

It’s understandable to feel saddened about a distanced friendship. Yes friendships come and go, that is a part of life, but it’s never easy to feel close to someone and then watch them slip away.

It’s hard with online friendships sometimes. I’ve built some strong ones, but I’ve also just met some people that I was close to for a while and that eventually faded. It’s happened a few times.

I guess it’s good to set healthy boundaries and also respect the boundaries of others. It’s okay to want to talk to someone and reach out but it’s also good to respect their boundaries and feelings as well. With online friends it varies by case and person. I don’t know the depth or the context of your relationship entirely so I can’t fully say what is the best move.

But is absolutely okay to reach out. So maybe do that. Share what you need to say and then allow them on their time to respond.

And I hope that they do. So that you can find some peace or closure in the situation and have a better understanding of what might be going on.

Just know that we are here if you need to talk about it. Okay? Your feelings are valid and important. You deserve to be heard. 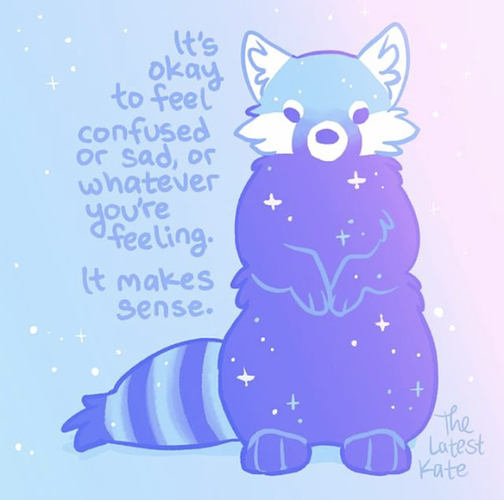 Thank you so much for the kind words. I think having some boundaries with new acquaintances is a good idea and something I need to put into practice a bit more. And thank you very much for the encouragement to reach back out. I think I’ll take you up on that and see what happens. Thank you again so much, you and the rest of the community are a God send for sure