Why did God make me

I have been rejected and ignored by 12 girls and today one of them texted me I was so shocked and somewhat because I never receive a text from anyone let alone a girl… hack sometimes I wonder why I have a phone, but as we were chatting she ended the chat by saying “Hey its been great talking to you, but I’m deleting your number and I just wanted to tell to never text her again”… Those were her exact word I then asked her why apparently she was deleting some numbers that “were a waste of space” and like the idiot I am I begged… Like a dog I begged her not to delete my number and all she said “dude move the fuck on”… But I continued to beg her until she eventually ignored me. What’s wrong with me these are time’s I wish I could just fucking die now I feel more inferior than ever, I cant even study… Why did God make me such a bitch…

Well it was pretty shitty of her to text you in the first place if she was just going to delete you. Consider this though: Do you want to be with or even talk to someone who doesn’t find you interesting? Even if she kept your number, even if she talked to you some, it would be a sham and probably feel worse in the long run.

I get it. It’s lonely out there. It’s hard. I’ve been all sorts of bitter and nasty with girls that stopped talking to me. They were still better than the “Hey, I’m not that interested in you, but do you want to be friends” online dates though. As if it would be okay that a girl that I had been interested in dating wanted to be my friend while she was dating other guys. At least when they ghosted me I could move on.

Getting cut off hurts. There’s no two ways around that. Begging won’t stop it though. Grit your teeth, throw yourself a pity party (it’s okay sometimes), and take a breath. The future is full of possibilities, and someday you will go on your last first date without realizing it

Here’s one of my favorite music videos. It’s a good breakup song, because sometimes that’s what we need, but pay special attention to the text in the video. 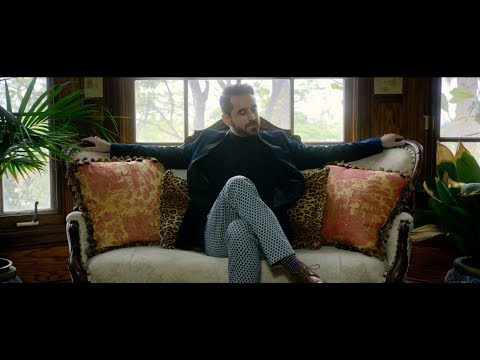 Hi friend thank you so much for sharing this with us. Rejection hurts and it SUCKS to deal with. But you deserve someone who’s going to love you for you. I don’t think you’re an idiot. You’re a human being who wants to be loved and wants companionship, which is completely normal. Particularly in the day and age of COVID where many of us still don’t have a lot of interaction with others it completely makes sense that you want someone.Like MetalHead said, its okay to throw yourself a pity party sometimes. Allow yourself to be sad and give yourself the time to recognize that the future IS full of possibilities and that there IS someone out there for you who is going to love you for you! I’ll keep with MetalHead’s trend and post a song that’s really helped me when I feel like this. Its uhhh probably not in line with what a lot of people on the forum listen to but the message is good. Somebody - YouTube

Hey friend, thank you so much for being here and sharing because that takes so much strength and courage. I’m so sorry to hear about what has happened. Getting cut off like that sucks and you don’t deserve that. I’ve had my fair share of rejections and they are just really hard, but I want you to know that you have worth and value regardless of how other people treat you. You are not inferior. I tend to put a lot of my value in what other people think of me or if they accept me and one of the most freeing things for me has been realizing that my identity is not in what people think of me. It’s a lot easier said than done, but that helps me when I feel like I’m inferior. I think that there is someone out there that will love you for you. So glad that you are here and sending some positive vibes your way